As part of the 1st Pacific squadron of Russian Imperial Navy it took part in July 1904 in the battle in the Yellow Sea. As a result, it returned with the remains of the squadron to Port Arthur. The ship was sunk before Port Arthur’s surrender to the Japanese in December 1904. In Japan it served under the name “Hidzen”. It was sunk as a training target in July 1924 during the exercises of the Japanese Imperial Navy. 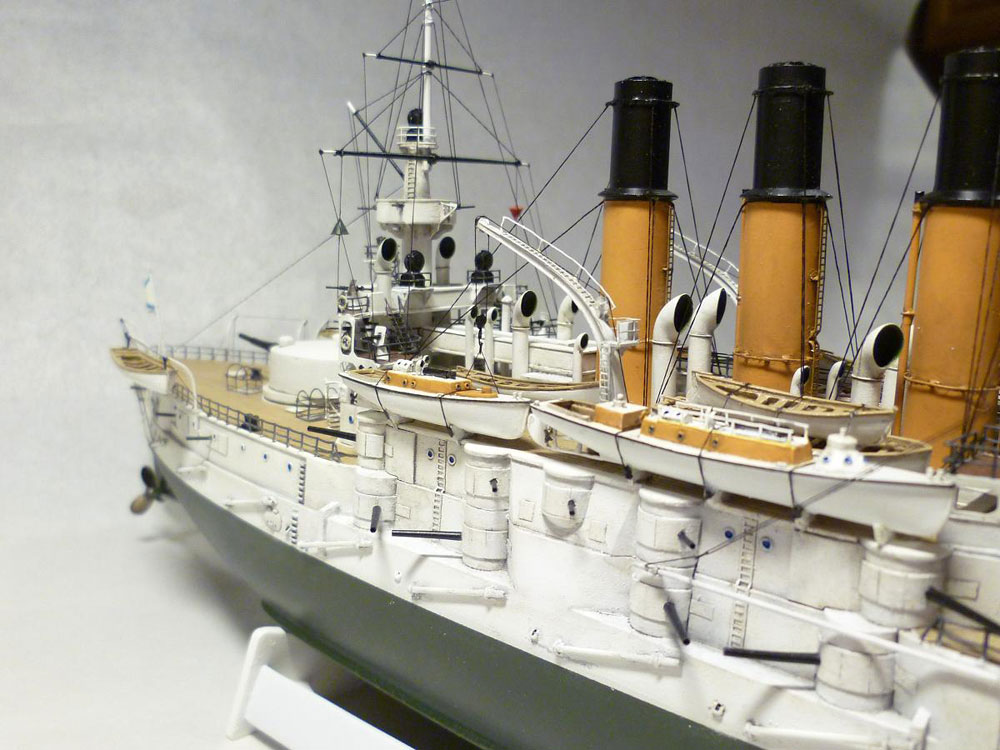 Characteristics of the ship models prototype

Construction took 4 months. The model is made precisely and accurately, so there were no problems during the assembly. I sorely lacked original etching, so use I used some additional etching from the residues from other ship model kits. All the subtle elements of the battleship model (topmasts, davits, yards, stanchions) were replaced with copper wire, small artillery guns with needles from syringes of suitable diameter.
Paint – the basis is acrylic, washing – enamel. As a result, all was bathed in enamel paint. The model is balanced and can float on water up to waterways.