The scale model of aircraft carrier Nimitz CVN-68 from Italeri

Hello, periodically visit this website. Last time, however, was a few months ago. I saw a model here, aircraft carrier “Abraham Lincoln” CVN-72. Immediately I remembered as 7 years ago did the same type of aircraft carrier – CVN-68 the Nimitz, the lead ship of the series.

USS Nimitz (CVN-68) is a supercarrier of the United States Navy, and the lead ship of her class. One of the largest warships in the world, she was laid down, launched and commissioned as CVAN-68 but was redesignated CVN 68 (nuclear-powered multimission aircraft carrier) on 30 June 1975 as part of the fleet realignment. 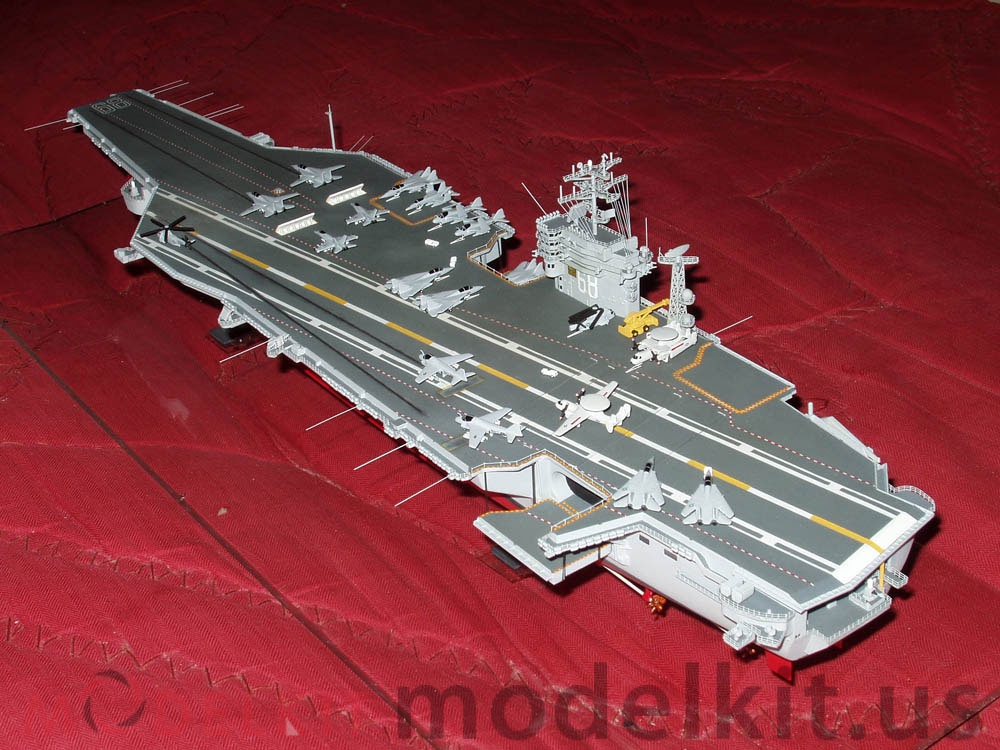 The ship was named for World War II Pacific fleet commander Chester W. Nimitz, who was the Navy’s third fleet admiral. Nimitz had her homeport at Naval Station Norfolk until 1987, when she was relocated to Puget Sound Naval Shipyard in Bremerton, Washington. Following her Refueling and Complex Overhaul in 2001, her homeport was changed to NAS North Island in San Diego, California. The home port of Nimitz was again moved to Naval Station Everett in 2012. 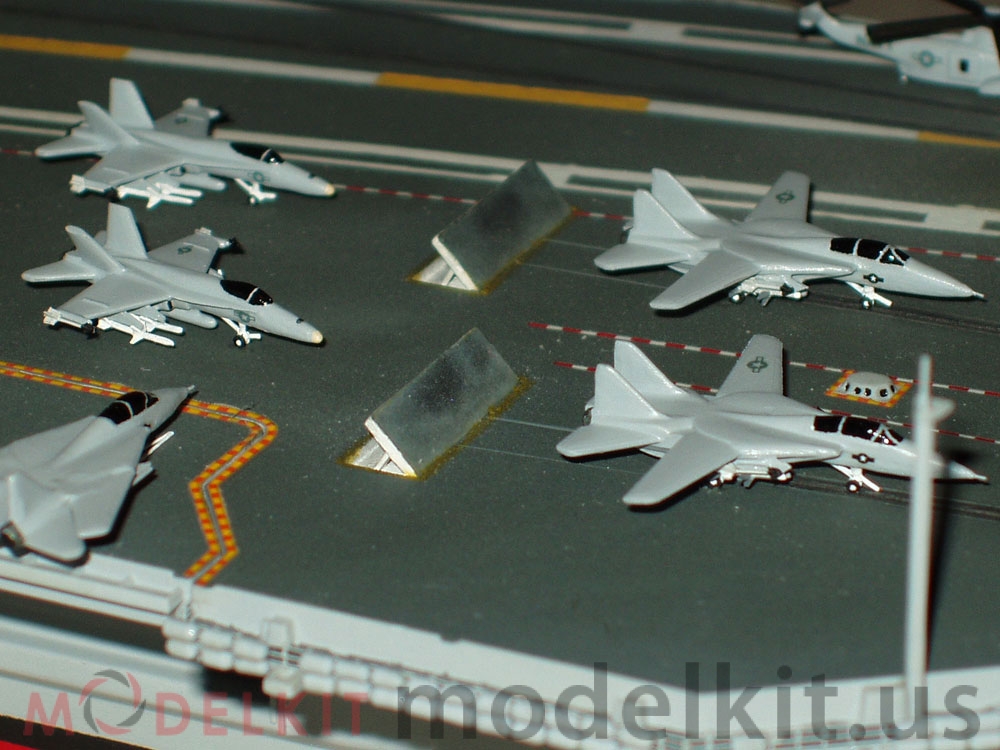 Here, too, I decided to show scale ships model here. However, I look at these pictures – is now something to be done differently. And most importantly – the people on the deck is not enough. Anyway, what’s done is done. The aircraft carrier that has long been on the shelf gathering dust. Suppose there is. 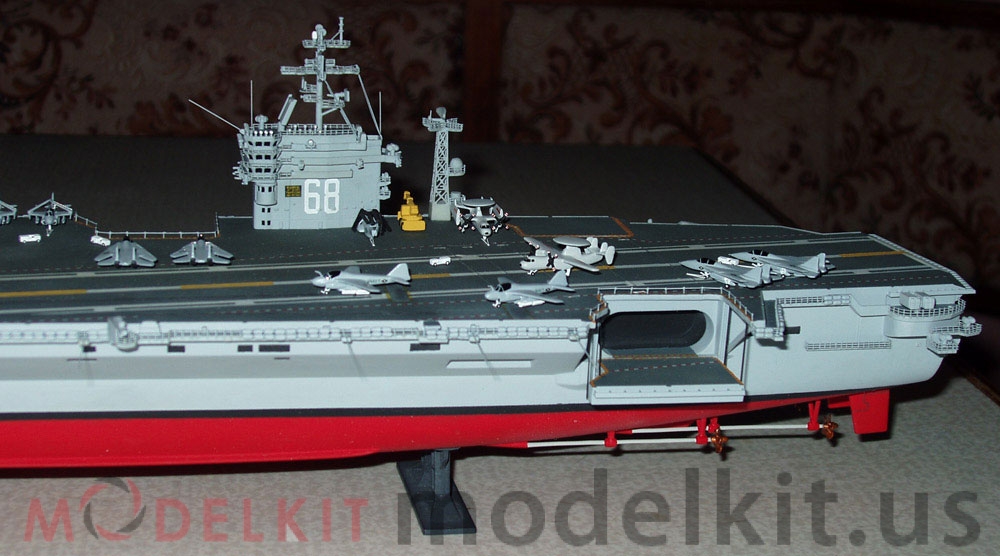 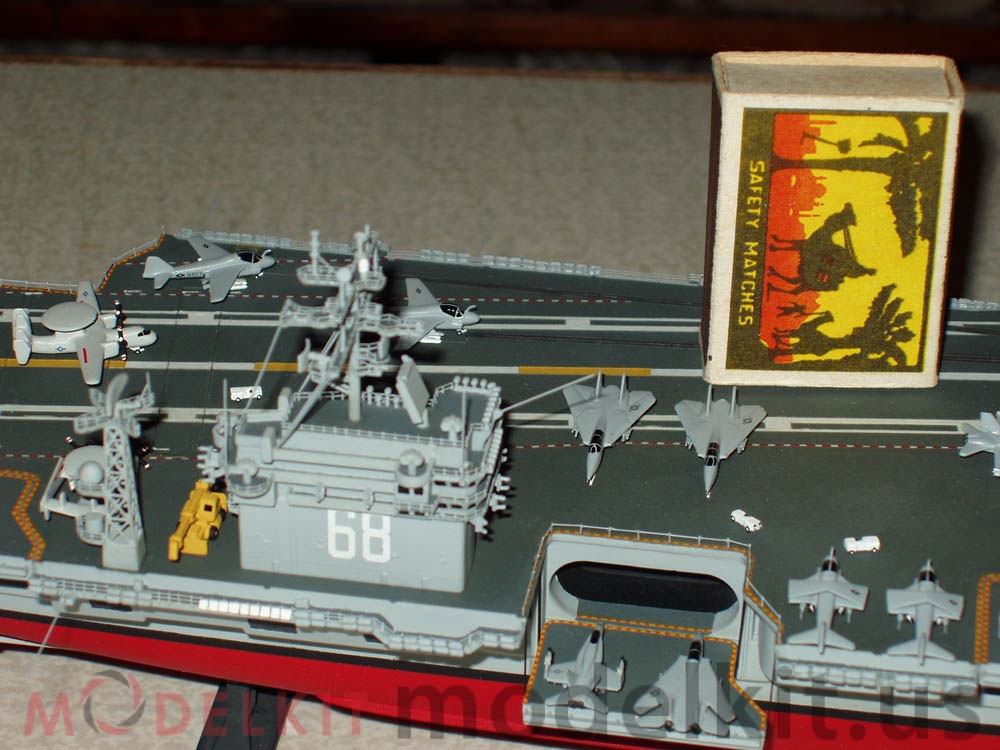 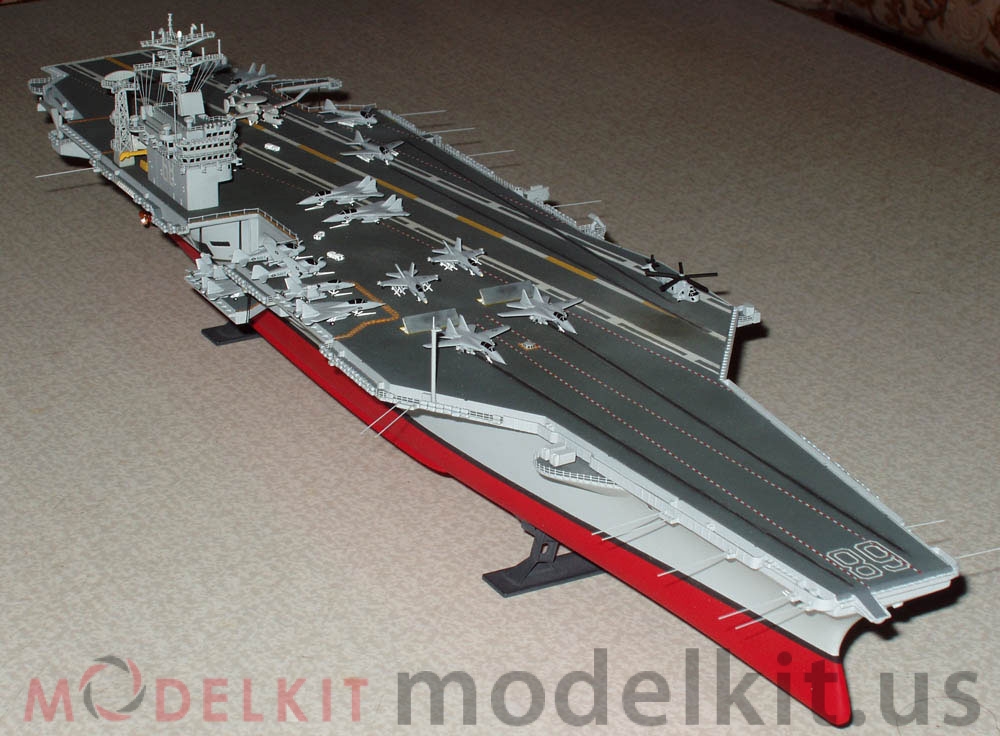 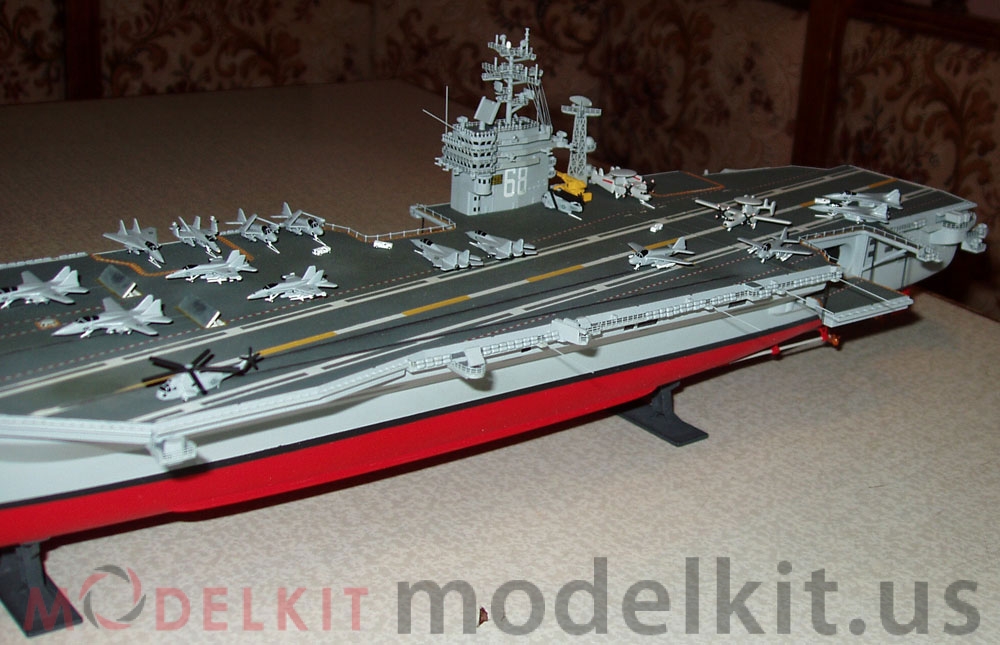 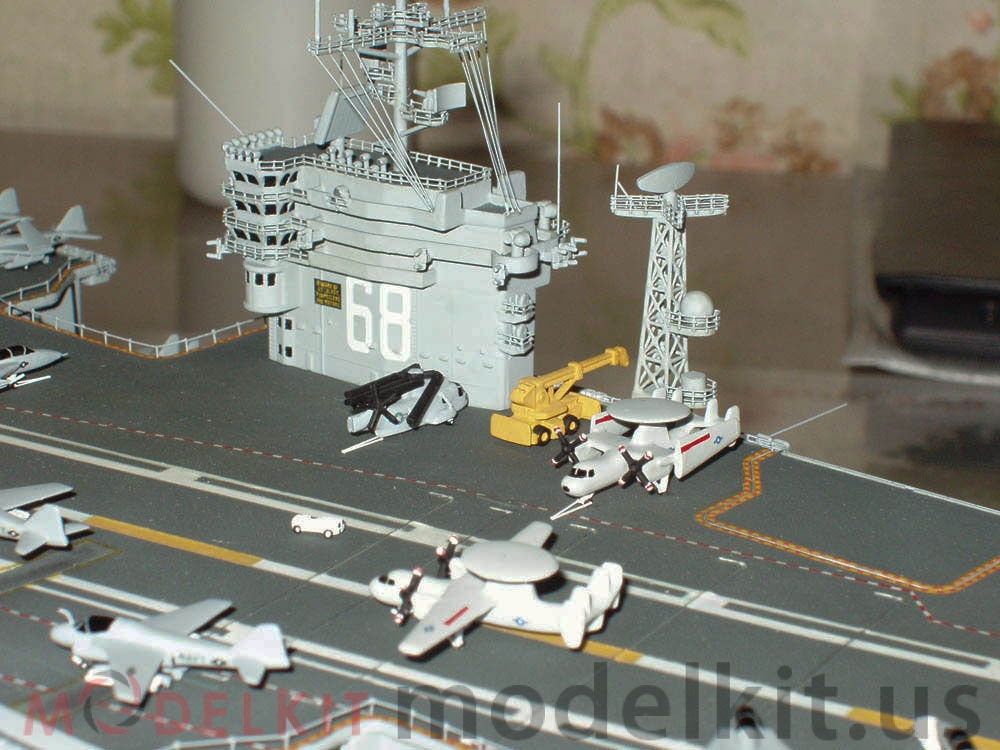