Before presenting the finished result, I will describe a little some aspects of construction and painting of the model. Along with a good ability of the kit to be assembled, negatives moment can be noted – thick scales of the skin.

As a feature of the Raptor itself is that around all the perimeter it has sharp edges, and feathers are completely “razor-like”. I had to expose the model to total cleaning. I specially bought a new manicure nail file with a large stone, and minimized all the endings, including the ends of the air intakes on the fuselage fairings.

The thickness of the scales I smit off not dramatically, but still on the whole model. Something had to remain from the skin… Nets had to be be “flush” with the covering, but the places for them on the model were too deep, I had to lift them using putty. I added the wiring and hoses in the niches. Later I was a little disappointed, because 6 rockets in the central compartment covered all the efforts.

Now briefly about some aspects of painting. Everything that worried me, this was the recipe for painting of Raptor. No secret that the aircraft is covered by the specific composition and in reality has some certain metal-tinged shade. The same airframe can be seen in the photo gray as well as metal, which is very interesting, but… How to mix it, and from what?

All other colors according to the instructions. 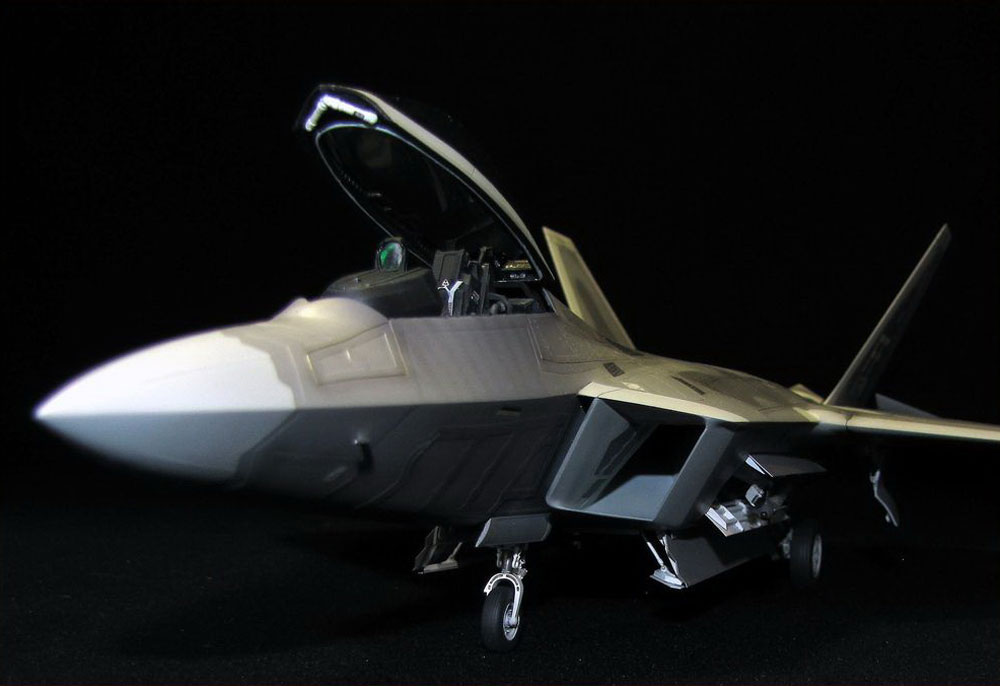 Pleasant viewing for all. Bye-bye.