After a long break, I exhibit to your fair trial my model of the British Mosquito fighter-bomber. It makes long intervals during 2.5 months. As always, the model has undergone alterations and completions. For the first time I decided to separate flaps from the wings and to separate the diving rudder, and make them deflected. I havenât made the altitude control deflected, because the idea about separation came after the fuselage was glued. I wasnât very happy with the result (what’s done is done). Now Iâll move directly to the alterations and completions. 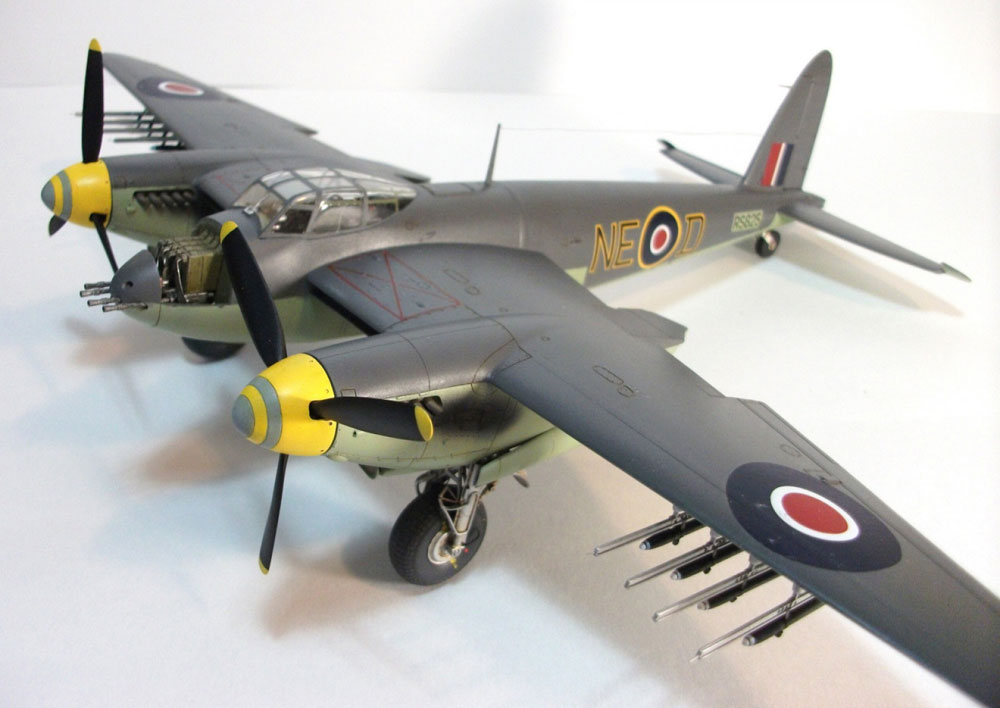 For the first time I applied the Tamiya primer before painting (Liquid Surface Primer). The result was satisfying. There was no more risk to peel an adhesive tape with a layer of paint.

I painted the model with Tamiya acrylic. Bottom – Sky (XF-21), the top – Dark Sea Grey (XF-54). Although the top has to be Extra D.S.G. Then a layer of gloss, decals, a layer of gloss again, pointing the jointing on pinene with the addition of linseed oil, and topcoat with gloss matte additive (semi-matt).

There were problems with the decals. I donât like Tamiya decals. The padding is thick and it poorly welds by alcohol. So until the end I havenât coped with them. There is a separate story with OZs of the wings. After re-coating with gloss air bubbles appeared. I could not understand how they appeared there. I had to pierce them, which could not but affect the surface(( (the photo shows all)

Materials used during the construction of the plane model

Once again I want to thank Boris Vyrypayev for the materials! Thanks in advance for your feedback, criticism and advice for the future!