Greetings. For almost a year Ive been watching the models appearing here, and I decided to present my job to your judgement. I have long wanted to have around a model of a sailboat. And for the New Year 2014 I received a gift from my daughter, Brigantine. I was constructing a model for the first time, trying to follow the instructions. I assembled the model and realized finally that small details had to be painted before assembling. I also realized that it was easier for me to assemble than to paint. And pulling, tying and fixing the threads is quite a big trouble. I also realized that I got quite involved in this case. As a result, I bought two models by OcCre: sailing ship “Albatros” and paddle steamer “Mississippi”. I decided to assemble “Mississippi” first, as there was less rigging here, which Im not good with, so I had an ability to train. The scale is 1:80, material  wood.

Such ships were sailing on the Mississippi River at the end of XIX century. They are purely river steamers, they cant go out to the open sea, though some of them dare to swim along the Texas coast.

The housing is constructed as well as in marine vessels, but the depth of the hold is significantly different. These vessels have such small sediment that there remains very little room for cargo, and the deck is raised just a few inches above the waterline. When the vessel is heavily loaded, the water comes up to the bulwarks. The engine room is located on the lower deck; cast-iron boilers with large furnaces are set there too, as these ships are on the wood. Also there because of the tightness of the hold a large part of the cargo is placed; across the deck around the machines and boilers cotton bales barrels of tobacco and sacks of grain are piled.

About cruise ships I heard a legend, dont know if a true one. Wealthy planters in the south of the United States lived rather boring lives, and one enterprising man decided to make money on pleasure trips on the river. Things went well, so well, that his example was followed by another entrepreneur. But two vessels in one region were too much. Having lost a fair share of the profits of the competition, the first owner in order to return the former clients reduced the price of the fare. Then they in turn imposed on ships variety of entertainment in the form of bars, variety shows, roulette, etc. When the list of additional services has been practically exhausted, there began price reduction for travel. Eventually the walks were made free. This continued until the complete bankruptcy of one of the ship-owners. Second one bought the ship and having no more competitors returned the fare and quickly re-established his capital. 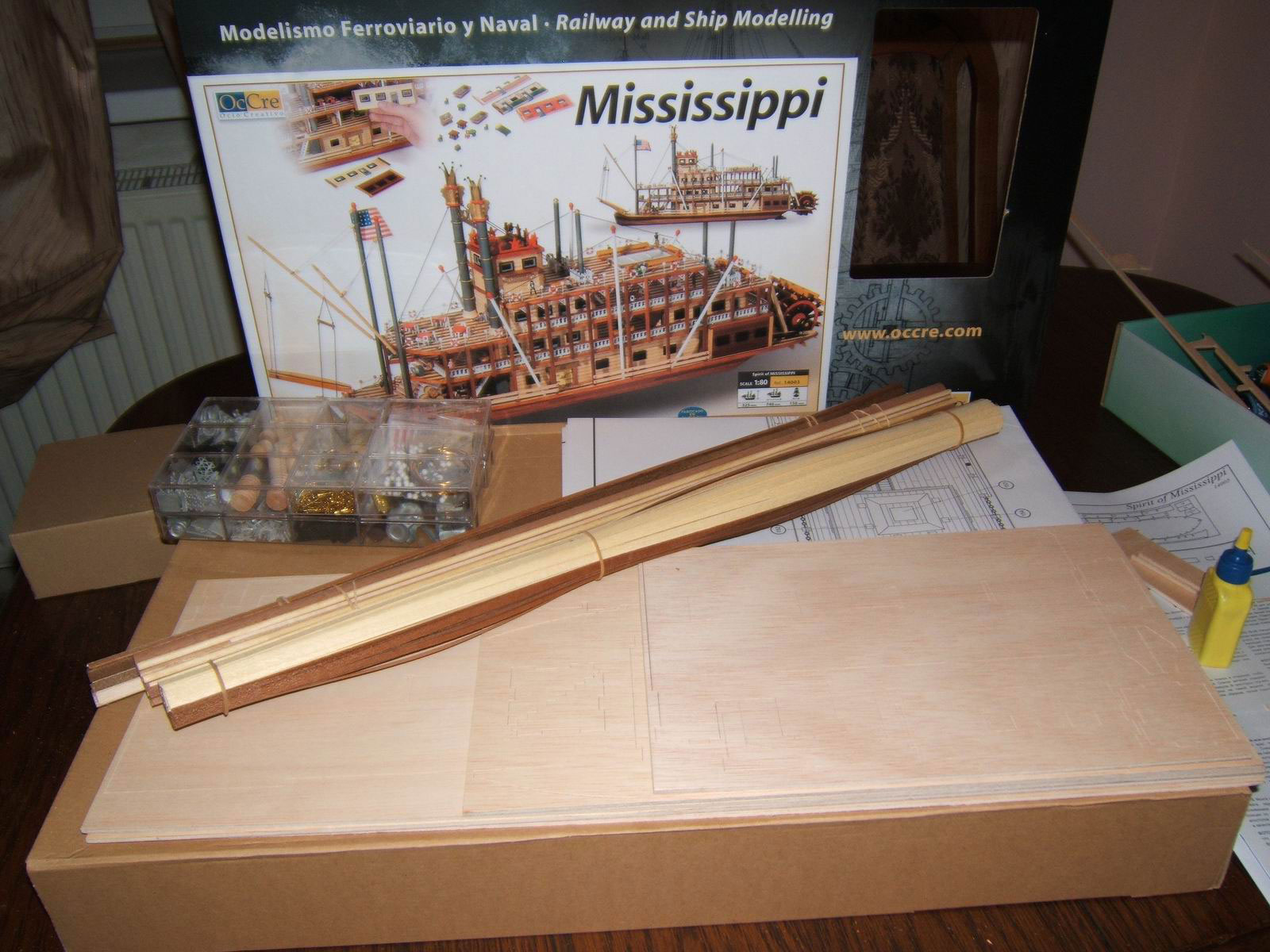 My first wooden model of a cruise ship

In practice, thats the second ship model I assembled and my first wooden ship model. There were not many details for painting. I painted with a brush, with acrylic paints for art. The color of wood is natural, in the cruise ship model kit three different breeds are used together with plywood. The options complete, even with the stock. Blanks for housing are cut in the plywood sheets with laser technique and join almost perfectly. Sheathing is given as veneer strips of wood of different species, and it should be self-cut by length and pasted to the frame. The manual is very detailed, the only inconvenience for me was the fact that it was in Catalan. Online translation didnt manage to recognize all the words.

Already after the end of the assembly I discovered that the model of the same name is issued by Artesania Latina, but in spite of outward similarity these are different ships, so compliance with a prototype is a moot point, or there were two different ships with the same names.
I was assembling following the instructions as much as possible. What turned out of it, is for you to judge.